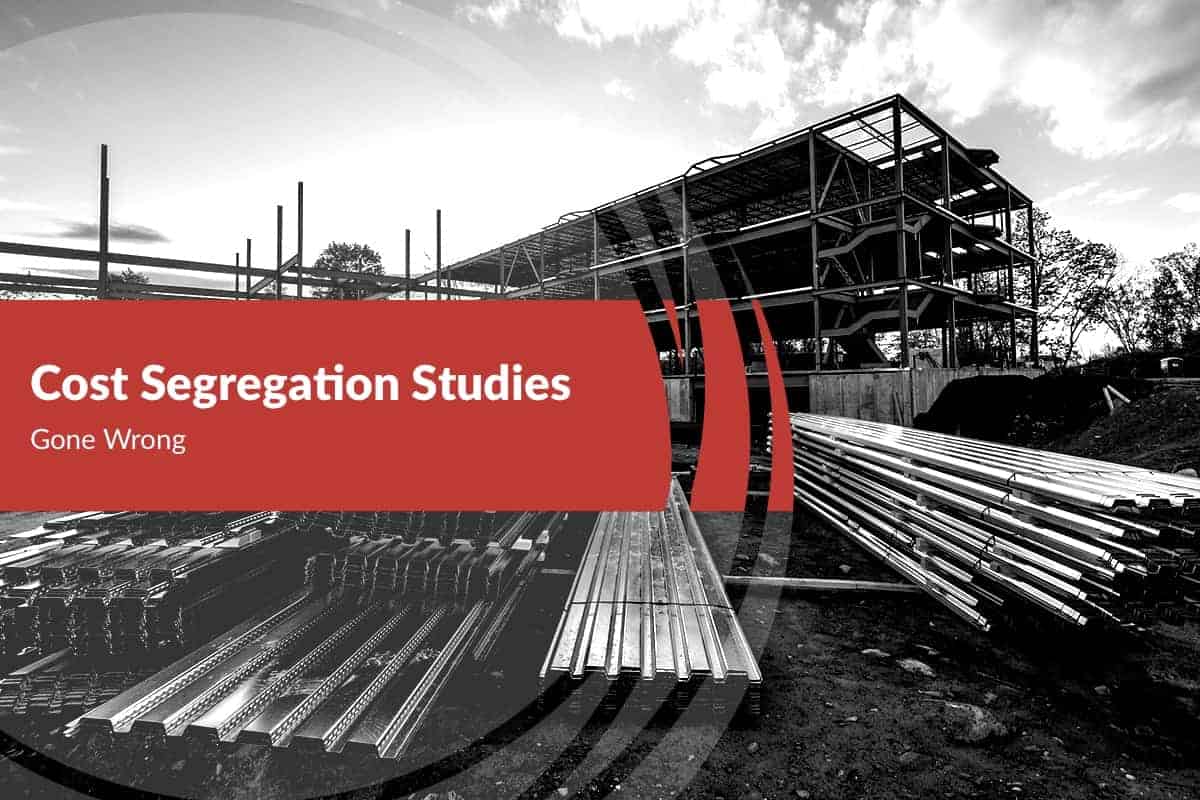 For many, rapidly accelerating the depreciation on a commercial building by utilizing a cost segregation study is a no-brainer. Commercial properties are depreciated over 39 years by default, which is an awfully long time to recover the tax benefits of your cost. If you can frontload those deductions, it only makes economic sense. Right?

Well, for some, it may not. Unfortunately, bigger depreciation deductions don’t always translate into immediate tax savings. There are a number of rules that can delay your ability to deduct depreciation expense, nullifying the value of a cost segregation study.

At BeachFleischman PLLC, we have performed hundreds of cost segregation studies for our clients. As part of our feasibility analysis, we review a client’s individual tax attributes for limiting factors, such as those listed in this article.

However, we have had clients who were sold on a cost segregation study by third-party vendors who charged thousands of dollars to perform the study, only to discover later that the results were not consistent with what they were promised due to these limiting factors.

Here are several items that can serve to substantially limit the benefits of accelerating the depreciation on your building:

The AMT was enacted by Congress during the Vietnam Era as a means to ensure wealthy taxpayers pay at least some tax. But over the years it has evolved into a ubiquitous issue, affecting many middle-income taxpayers.

Assets are depreciated more slowly under the AMT. Taxpayers with high susceptibility to AMT may experience a significant delay in realizing the tax benefits of their depreciation deductions.

It’s very important to quantify this delay. The primary value of a cost segregation study is the time value of money (i.e. – a deduction today is far more valuable than a deduction 39 years from now). While the AMT may not nullify the benefits of a study, its effects should be known in advance.

Passive losses are only deductible against other passive income, or when the activity is sold. So a rental loss from a commercial property will do its owners no good unless they have other sources of passive income. Excess passive losses carry forward until they can be used.

Many times, owners of commercial or residential rental properties will undertake a cost segregation study without considering whether there will be immediate tax savings. If the study produces a huge loss that can’t be deducted right away due to the limitation on passive losses, it significantly diminishes the value of a cost segregation study.

Taxpayers were at one time able to circumvent the passive loss rules described above by leasing property to their businesses at a profit and generating passive income. This would allow them to effectively deduct their passive losses against their business income.

Of course, Congress realized this was happening and quickly put a halt to it by promulgating the so-called “self-rental” rules. If a taxpayer leases property to a business in which he’s very active, profits from the rental activity are no longer passive. Losses from that same activity, however, remain passive.

Taxpayers subject to these rules can still be stuck with passive losses generated by a cost segregation study that can’t be currently utilized against their tax liability. Again, since the value of a study is to save taxes NOW rather than later, these rules are a significant hindrance.

It is absolutely critical to understand the benefits you will actually realize from investing in a cost segregation study. Many service providers are skilled in the engineering aspect of a study, and may understand accelerated depreciation but don’t have a thorough understanding of the wider body of tax law. At BeachFleischman PLLC, we go to great lengths to give our clients realistic expectations of the benefits they will receive from a cost segregation study. We review individual circumstances to assure immediate tax savings, or advise against a study when appropriate. Be sure you are getting what you’re paying for!